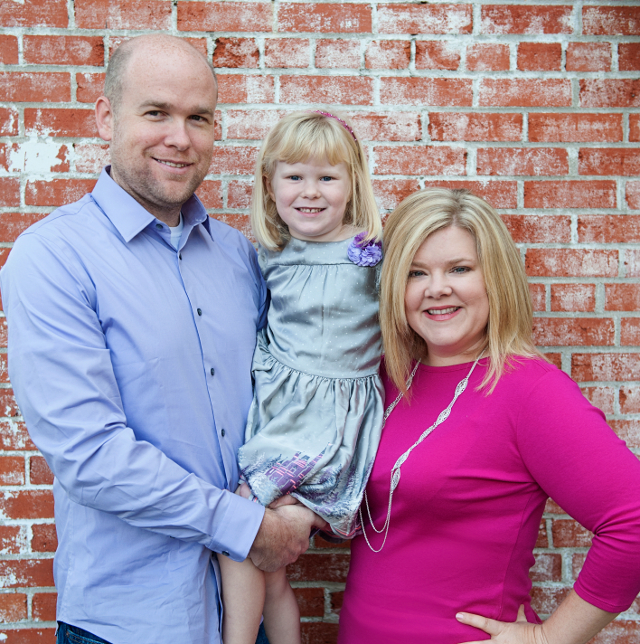 The Brewer & The Baker & The Kid
The Baker (Shawnda) is a former bakery brat with an emergency kit that includes a boxed cake mix, sparkly chapstick, a box of shells & cheese, and an $8 bottle of wine. By day she works as a technical writer, trains for half marathons, and is constantly searching for AA batteries that don’t need to be recharged. By (ridiculously late) night, she publishes a blog, wields a mean plasma grenade, and binge-watches Scandal.

The Brewer (Jason) is an aerospace software engineer by day and the technical force behind this little blog. By night he is craft brewer, dad, taste-tester, and disc golfer. By (ridiculously late) night, he’s staring wide-awake at the ceiling, wondering why he drank that Dr Pepper after dinner.

The Kid (Landry Kate) is a dinosaur- and princess-obsessed Kindergartener. Balance, man. By day, she – what do they do in Kindergarten? By night, she complains about how not-tired she is and doesn’t want to go to bed – WHY WON’T SHE JUST GO TO SLEEP?!

Have a question?
Check out the most Frequently Asked Questions!