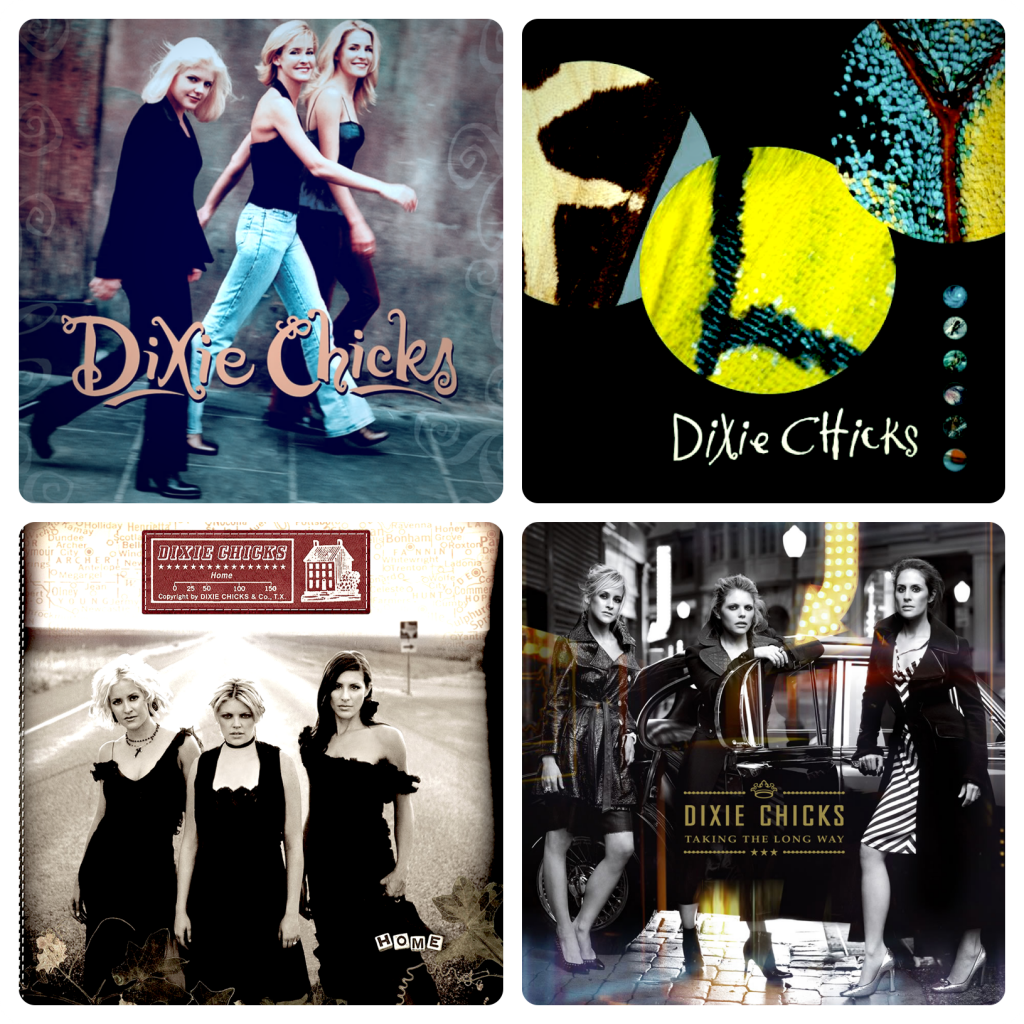 The Dixie Chicks. She needed… wide open spaaaacessss. This month’s Texas Monthly ran with the cover “Who Killed The Dixie Chicks? And did they really have to die?” (It also has a pretty awesome looking onion ring recipe!) (Another good piece from CNN is here.)

For the record, I know the answer to both of those questions. And I won’t get all preachy here about it (I save that for Margarita Tuesdays and for Facebook on days when the Supreme Court is hearing muy grande significant cases) so I’ll just leave it like this:

What happened to them – that was a [radio edit] shame.

I remember forcing my grandpa to stop and flip back to Austin City Limits to watch The Chicks. He was probably expecting something more like the Spice Girl torture that my girl-cousins (like I have to tell you they were girls) subjected him to. Instead, The Chicks managed to win that old, dusty cowboy over inside 30 seconds: “That little lady plays a mighty fine fiddle.” Do you know how hard it is to impress a deep-East-Texas 60-something with music not written & performed by other 60-somethings named Merle or Waylon? Yeah.

Their 4 albums rank in my all-time top 10. If you ever see me jamming at a stoplight like I’m the only person in the entire world, you now know for sure that it’s not to Taylor Swift. 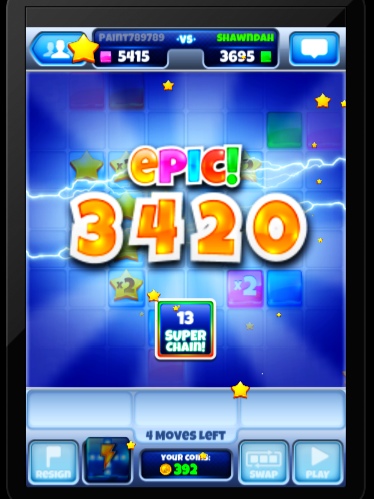 Matching with Friends. Hi. My username is shawndah and I’m a “With Friends” addict. (^ Best score ever, by the way!). I’m also a fierce scrambler (my husband called me a freak of nature when he watched me play a round, use no bonuses, spot him 60 seconds, and still beat him).

(He also stopped playing me after that.) (But somehow we’re still married.)

I frequently hit the “Sorry, you have to finish your current games before you can bog down our server with another. Why don’t you put your phone down for a few minutes and mop that kitchen floor, m’kay?” limit. 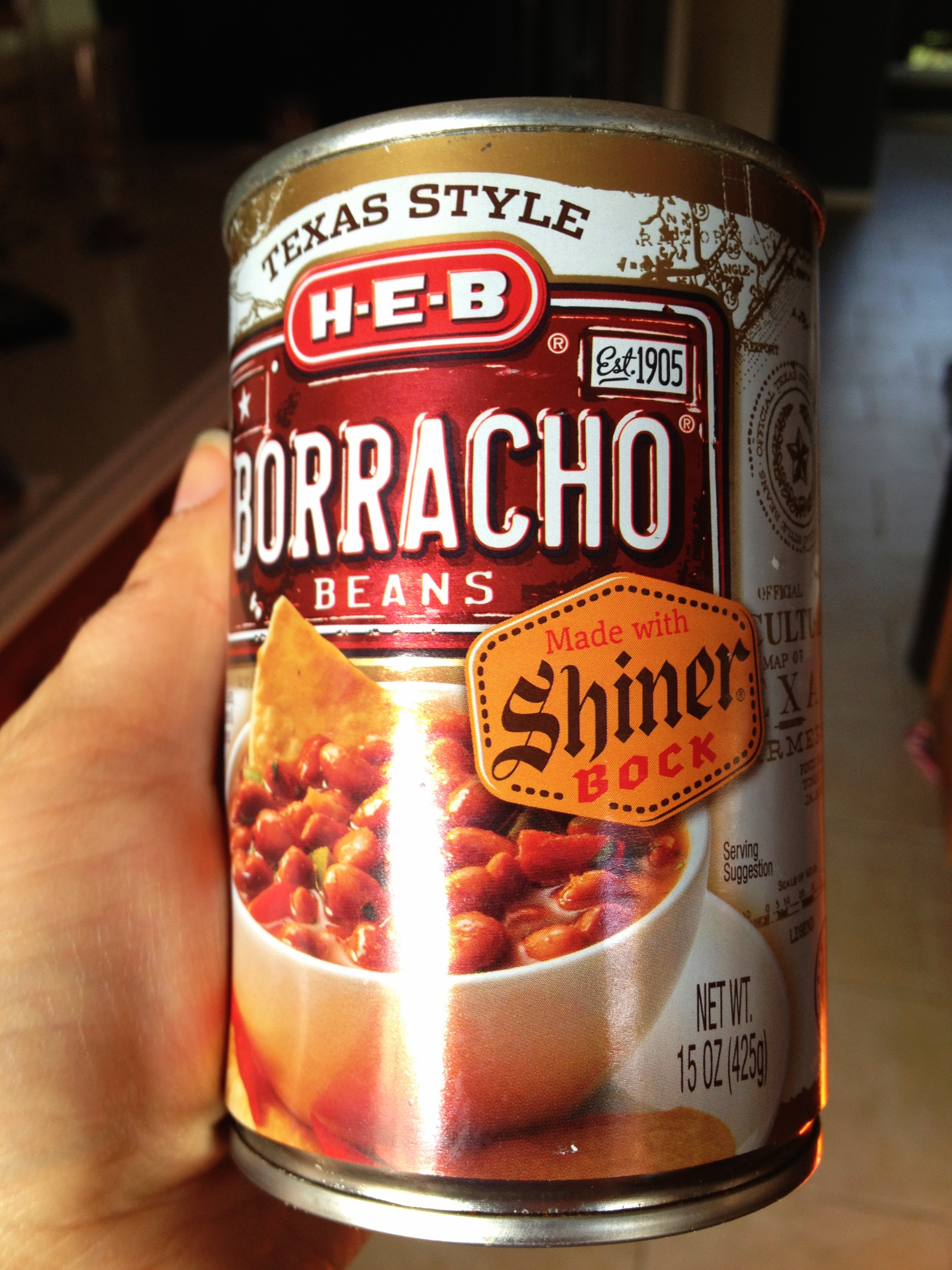 HEB Barracho Beans. Many of my friends and family still seem to think that I’m some food snob that won’t eat anything I didn’t grow, harvest, and cook myself. Totally wrong – I eat store-brand boxed mac & cheese just like all the normal people who don’t take a photograph of their every meal. That said, I am completely a margarita snob. And completely in love with HEBs new Barracho Beans.

It just felt like the right thing to do.

Dogfish Head Brewery Tweason’Ale Strawberry Lip Balm. My good beer friend Laura sent me a couple of lip balms in her last goodie package, one for me and one for The Little. One of those lip balms now has teeth marks in it. And that’s how we know which one isn’t mine.

But it tastes like strawberry and for some reason that immediately reminds me of the 3rd grade when my all-time favorite teacher Ms. Hooker (I swear!) would bring in her NASA boyfriend to talk to us about shuttle launches and astronaut training. Just one of the many perks to growing up in Texas. 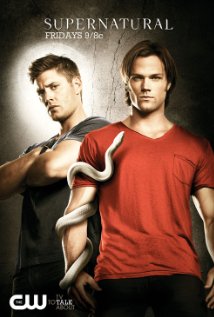 Supernatural. “Dammit Sammy!” Think X-files, with more apocalyptic/biblical overtones. And hotter lead actors. Ghosts, goblins, angels, and leviathans. That’s Supernatural. We frequently joke that we should drink everytime Dean drops a “Dammit Sam,” but let’s be honest here. We have a little one to think of and we’re not that young anymore.

Also, do you know how hard it is to pull off Drinking-Game-TV on a Wednesday night? (Hint: it’s exactly as hard to do as it was on Fridays before the show moved.)

I’m pretty sure that there are a few episodes where we wouldn’t make it out alive. But we’ve watched for 8 seasons now – which completely blows my mind because we’ve actually known each other longer than that. 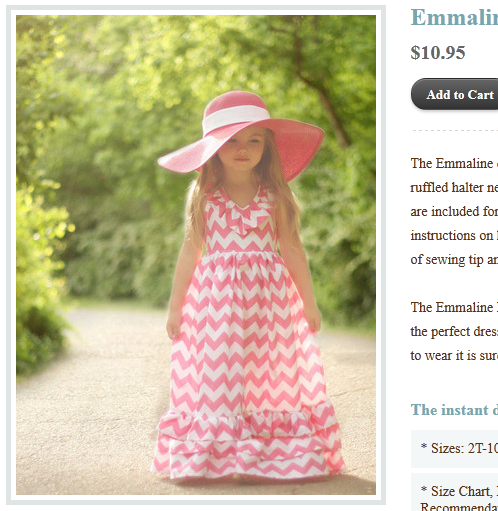 Violette Field Threads Emmaline Dress. Speaking of getting old… I’m going to try to sew that dress! (Stop laughing.) Partly because I’m no-carbing it through April which means alcohol is off limits and what else left is there to do besides make clothes for my daughter.

But mostly because there is no part of me that could ever ever ever spend $88 for an everyday dress for a 3 year old. My stain-removing skills are just not advanced enough to support that kind of investment. And for the price of one pre-made dress, tonight I downloaded the pattern and ordered enough fabric for 3 chevron maxi dresses! It only took my mom like 7 hours to teach me how to thread the old sewing machine that she gave me so I’m confident that this will turn out well.

(It’s hard to tell through the load of sarcasm there, but I am super excited about this.)

(That was not more sarcasm.)