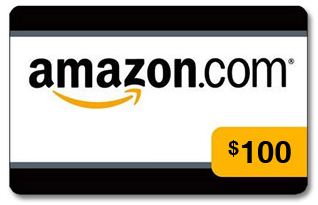 Raise your hand if you, too, are on a first name basis with your UPS guy.

He comes here… kind of a lot. Right after we moved in, I opened the front door and there he was – holding a box of Internet magic. “I think I have a box of fun! [I think it was wine. So he was right.] But, uh, it’s for… um, [makes face], ‘Foodie Briiiide?’ ” And he said it almost exactly like Sloth in Goonies: Rocky Roooaaadd?

That’s when I launch into the explanation that I have a site where I post pictures of my dinner and people come look at it and I either get the vacant look with a super polite nod or I get the “Hey! I know you!”

This time of year, he is showing up daily with a new Christmas present or a toy drive donation. And if I could have him bring me groceries, I would. Not that I’m a recluse or anything, but I’d love the chance to try to be all that I could be. And never have to buy mascara again.

Anyway, we’re beyond grateful for you guys that stop by here to look for dinner inspiration or pick up a margarita recipe. And that brings us to the final item of our Favorite Things giveaway this year: a $100 Amazon Gift Card.

Click-click-click-done! Because the internet is magical, your stuff arrives via your very own awesome UPS guy 2 days later unless you, too, once convinced yourself that you didn’t “need” Prime and then by the time that outfit for your daughter arrived, she had nearly outgrown it.*

Updated: The winner is… Tracy with comment #198! Thank you for reading – and check your email!

(Bonus entries must be left as separate comments to count as extra entries – your comment number is your “raffle ticket.”)

The fine print:
– Maximum of four (4) entries per person.
– All “My Favorite Things” giveaways end at 12:01am (Texas time!) on December 12th.
– Winner will be selected by one of those cold, soulless, unfeeling random number generator thingies and announced on this post.
– Winners will receive their choice of a $100 Amazon Gift Card or e-Card (maximum retail value of prize = $100).
– Prize must be claimed within 7 days or it will be forfeited.
– Winning “extra entry” comments subject to verification.
– Prize can only be shipped to a US address.
– All prizes are provided by Confections of a Foodie Bride, because we love you guys.
– Official giveaway rules can be found here.