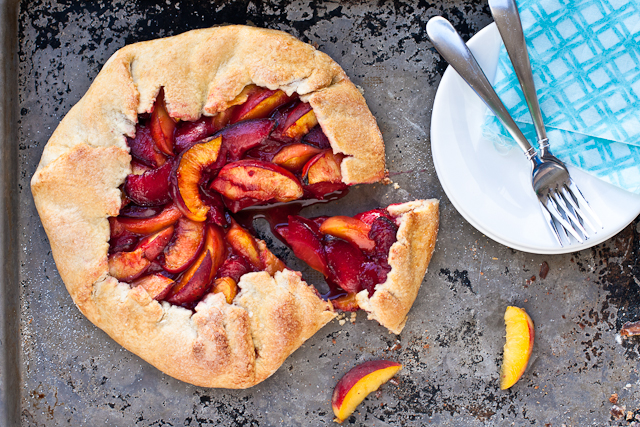 There are two things of which I am certain:
1) God intended a ripe, bruise-it-just-by-looking-at-it peach to be consumed in the heat of July, straight from the tree and
2) Plums get the shaft when it comes to pretty internet recipes.

But if God didn’t want something like this to happen, surely he wouldn’t have let the Pilgrims invent buttery, flaky pie crust to share with the natives on the First Thanksgiving*

*That is possibly not historically accurate. 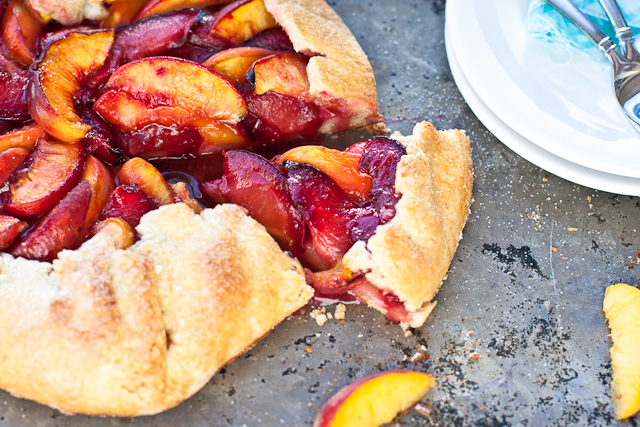 We’ve talked before about how “galette” was just a fancy French word for throw &^%$ together (as well as another way to consume wine). And if this recipe doesn’t exemplify throwing *&^% together, man, I just don’t know what does.

I took three of the ripest peaches I could get my hands on and three of the juiciest plums I could swipe before Landry ate them all. I sliced those up, piled them into a rolled-out pie crust that I found at the bottom of the freezer (while I was making room for another bag of pitted cherries, naturally), and then hit it with an egg wash and a sprinkling of sugar.

What went into the oven was an almost-pretty pile of improvisation. What came out of the oven was a beautiful, bubbly concoction wrapped in a flaky, buttery pastry crust. And at about the same temperature if I had grabbed a peach off the tree in the backyard. 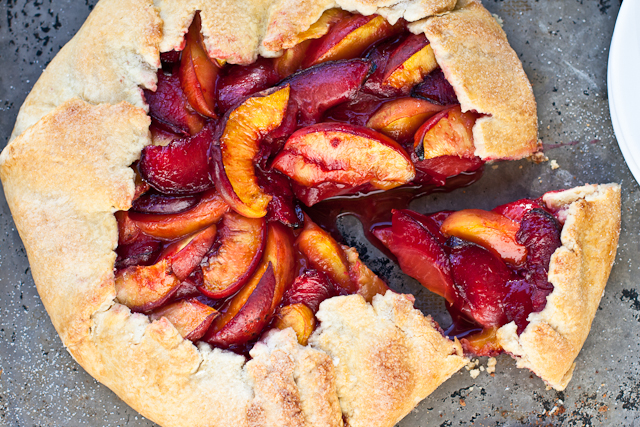 I used as little sugar as possible. I could tell you that this was to let the natural sweetness of the fruit shine. But that’s kind of a load. What I was really trying to do was save the carby carbs for the ice cream I planned to serve on top. The creamy vanilla ice cream cut the slightly tart galette perfectly for dessert on the patio.

Not too shabby for a barely-a-recipe recipe. 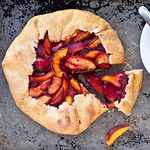 Source: Confections of a Foodie Bride, pie crust from The Pastry Queen