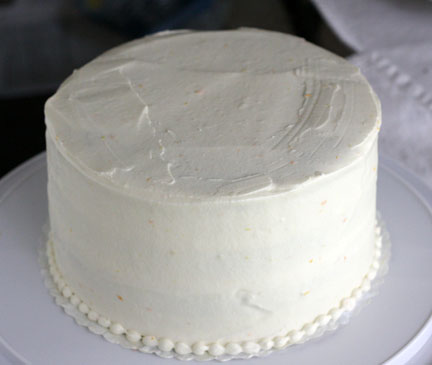 I’ve developed a love-hate relationship with Martha Stewart over the last 12 years. It only makes sense that a woman who churns out so many recipes would produce a few duds and an occasional doozie. For the moment, she’s in my good graces. Martha might have to come to my home and throw out my Thanksgiving turkey 10 minutes before dinner to undo all the good she has done with this carrot cake recipe.

Carrot cake isn’t really something that’s ever made me sit upright in the middle of the night. The cream cheese frosting that typically adorns such a cake, yes. The cake itself, not so much. Veggies for dessert – it’s an oxymoron. And blasphemy.

This cake is simply the best carrot cake I’ve ever eaten. The cake is very moist. It isn’t overly-spiced – I think that the cinnamon and ginger is perfect enough. The cream cheese frosting? Well, that just goes without saying.

No photo essay of the four layer slice of heaven that graced the Mother’s Day dessert table – it didn’t last the afternoon. 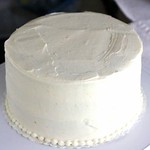