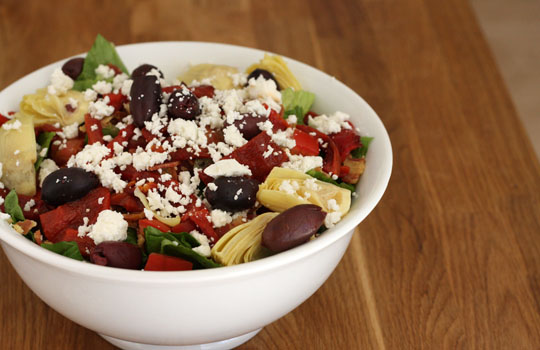 Red bell peppers were on sale this week 2 for $1. I was excited. I stocked up. Those that weren’t cut up and used as a dipper for hummus were destined for the oven. 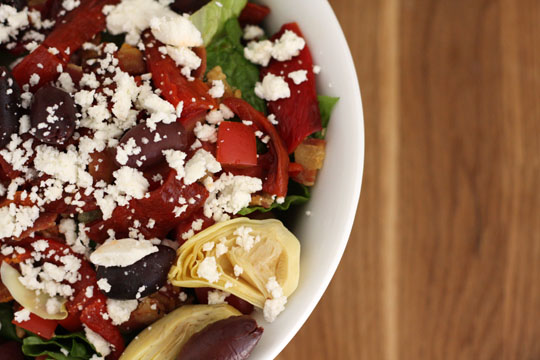 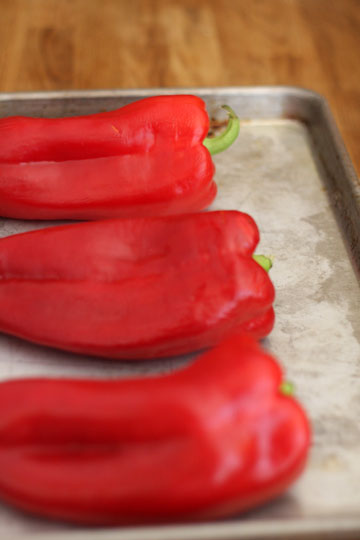 Broil the peppers for 10 minutes, or until skin is mostly blackened. Rotate pepper 1/4 turn and broil for an additional 10 minutes. Turn the peppers until the entire pepper is blackened. (Don’t be afraid to burn ’em!) Remove from the oven. 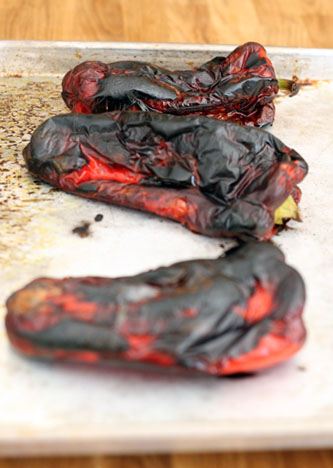 Place peppers into a bowl and cover tightly. When the peppers come to room temp, peel the skin and discard the stems and seeds. Rinse off any charred leftovers, drain, and pat dry. The peppers will keep in the fridge for a week tossed with a bit of olive oil.