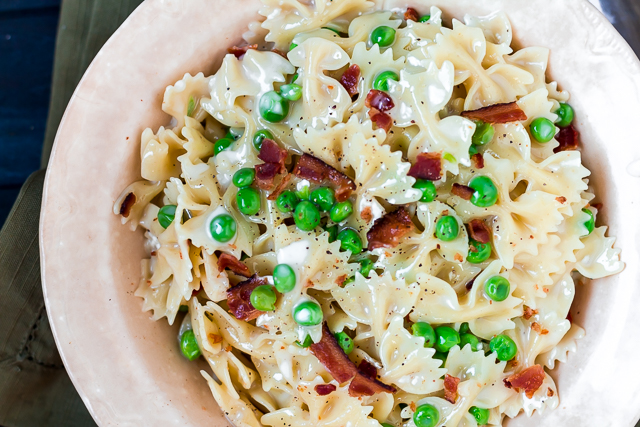 As much time as I’ve spent there over the last couple of years with my mom, you’d think I wouldn’t be so surprised. But I still am. How a hospital, a place with a core business model of healing and wellness, can have such awfully unhealthy food is beyond me.

I spent a week eating from bags, boxes, and coin-operated machines. And unless we’re counting Polynesian sauce as a vegetable, there were some days that I’m certain nothing I took a bite of ever grew in any ground. 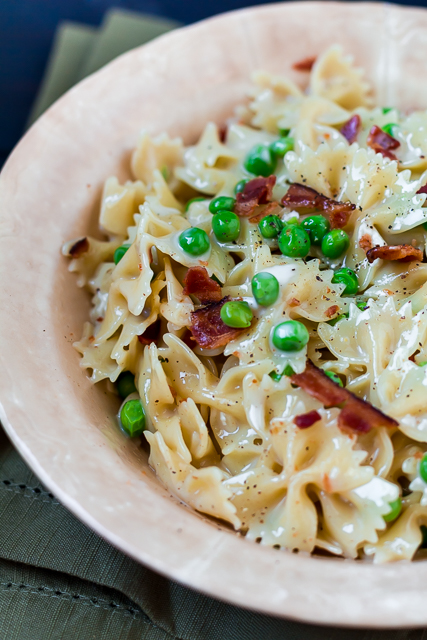 I mentioned before how I’ve been playing with sodium citrate for a few weeks. I took a house favorite, Bacon & Pea Macaroni and Cheese, and gave it a makeover with some creamy brie. The original recipe uses fat-free Greek yogurt, pasta water, and easy-melting cheeses to achieve a nice and creamy sauce.

But today’s recipe? It uses brie, milk, and a 1/2 tsp of that sodium citrate to achieve melty perfection. It’s macaroni and cheese with brie. 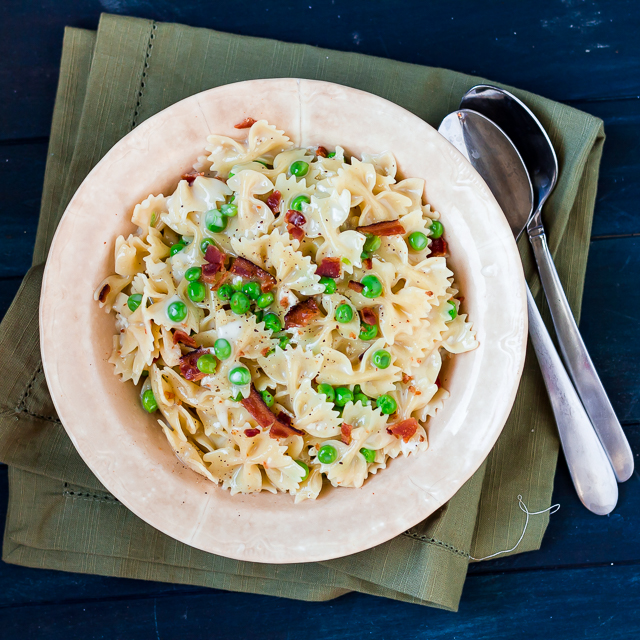 Macaroni and Brie. Or at least it would have been if I’d had macaroni and brie. So Bowties & Brie it is! (And I’ll show you the Zoodles & Brie version soon.) 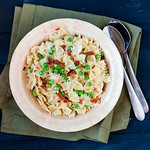