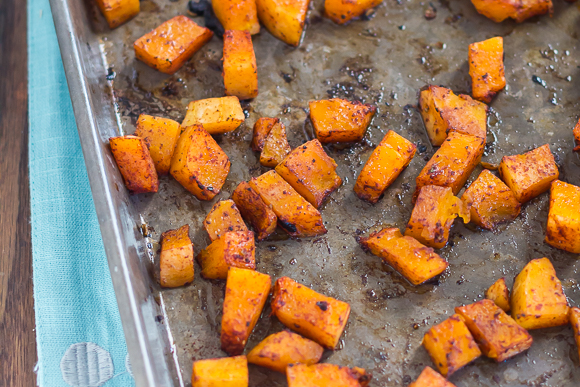 I’m almost 95% sure that it was Chinese Five Spice. There was a slight hint fennel/anise smell before the cinnamon overtook and WHY DID I INHALE THAT HARD, THAT CLOSE, TO A TINY BAG OF POWDERED-SOMETHING?!

I have since stopped sneezing and can smell again. And that’s a good thing. Because the aroma of bacon grease + (probably) Chinese Five Spice roasting in the oven is absolutely heavenly. 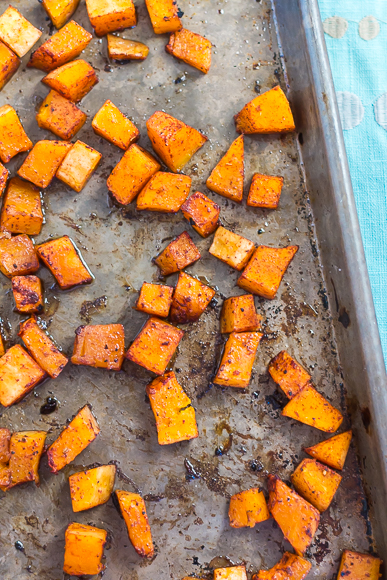 And that last-second addition of a couple of shakes of chipotle chili powder added a smokey warmth that perfectly complimented the caramelized squash and the cinnamon and cloves from the Five Spice.

And, you know, bacon.

The idea was to serve it topped with crumbled bacon but looking back, I’m not sure what I was thinking, expecting 3 slices of crisped bacon set on the counter unscathed for 25 whole minutes. [blush] But maybe you’ll be luckier. Because maybe, just maybe, will power isn’t as rare as conjoined chupacabras in your house. 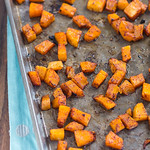