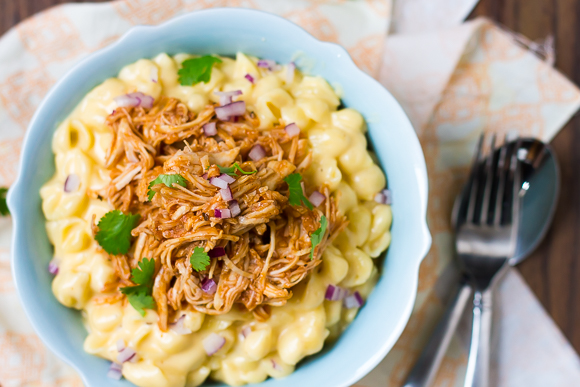 What – no new Thanksgiving recipes? With work, soccer, swimming, scouts, work, and more work – my 6 year old has not asked for Chick-fil-A for two months and can pretty much use DoorDash all by herself at this point 🙂

But I got off easy this year – we have been instructed to show up to a northeast Houston suburb on Thanksgiving Day with Roasted Chesnut & Sausage Dressing, the Broccoli & Rice Casserole (but not the fancy version – the traditional one with it’s scandalously instant, white rice and brick of Velveeta), and booze.

The hardest decision I have to make this year: Cranberry or Pomegranate margaritas.

But we do still eat. And I do still cook. And to back this up, I present to you Exhibit B: 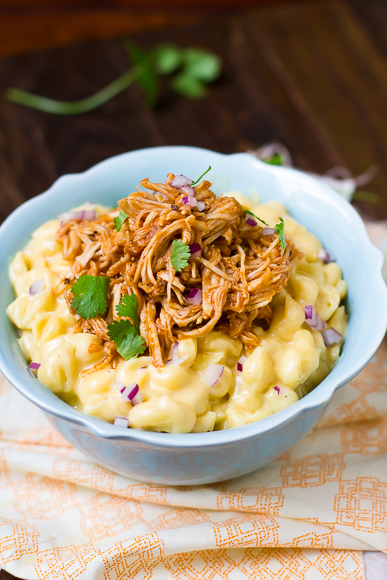 Exhibit A, if you’re wondering, is a cheesy drip down the front of my shirt. Some things, they never change.

We took a trip to Disney World for our 10th anniversary – with kid in-tow, because that’s how we party now – and had a pot roast-topped mac & cheese that was pretty magical for a trio of starving people who were hoarding meal plan credits to blow later in the day the Epcot Food & Wine Festival.

It’s as easy as it looks, barely-a-recipe recipe. 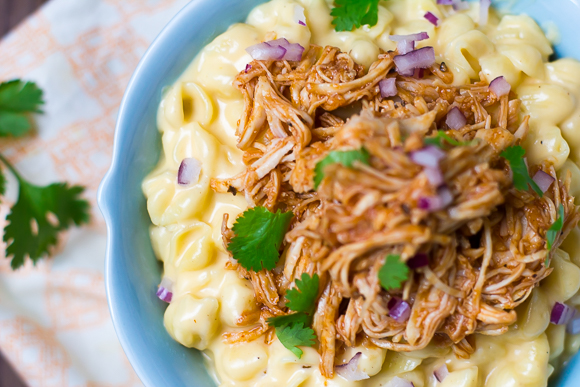 1. Whip up your favorite stove top macaroni and cheese recipe – this is mine, although for this photo we tried out the Copycat Panera recipe to save you the trouble. If you haven’t tried it already… you can probably take a pass on it. Having eaten it at Panera two days before, it was light on the Copycat.

2. Toss shredded chicken with bbq sauce. I dropped frozen chicken breasts into the Instant Pot for 8 minutes and then delegated auto-shred duties to the mixer – I seriously do not know how the Pilgrims did it.