and I’ll be happy. And quiet. I promise. 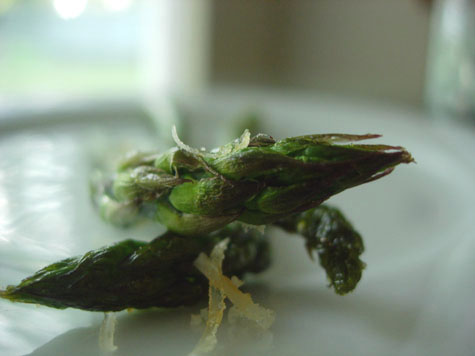 I love spring. The lines between seasons are usually blurred in the flatlands of southeast Texas, but after several consecutive weeks of chilly weather, I can actually say that we really did have a winter this year (as real as it gets an hour inland from the Gulf). Now the mid 70’s have set in, the trees are revealing the first green of the season, and the per-pound price of asparagus is finally cheaper than a gallon of premium gas again. 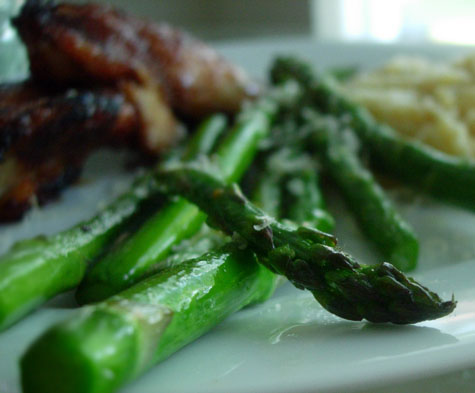 I don’t pay $6 a pound for many things and that includes the short, pencil-thin, and sickly asparagus spears that are sold in my grocery store during the winter. Versatile or not, veggies don’t typically get a lot of attention around dinner time (or any other time). If you’ve peeked in once or twice, you know that my husband eats few veggies. Early last year he accepted avocados and even cucumbers (in the form of matchsticks in California Rolls). It’s not that big of a stretch to think he might enjoy a serving of oven-roasted asparagus by summer’s end but it is still a stretch! 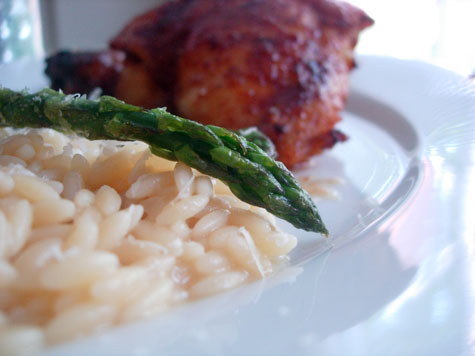 Heat oil, red pepper, and garlic over medium heat until the garlic begins to brown. Remove garlic from the pan and add asparagus. Toss and cook for 2-3 minutes and remove from heat. Transfer to a baking sheet and bake for 10 minutes. Garnish with grated Parmesan cheese and enjoy! 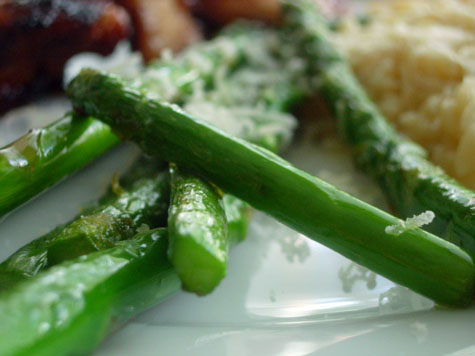