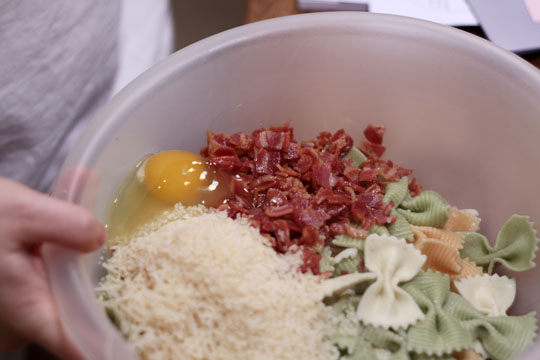 If I were a bettin’ girl (and I would be if this was poker night), I’d bet that you knew someone you could qualify as a “One-Upper.”

I used to work with a couple of women that constantly battled for the title One-Upper Queen. It never started innocently, either. One woman was always baited (not an incredible feat to accomplish) into sharing a story about her children and then like magic, the second woman would appear out of nowhere to talk about her children. One woman’s daughter recited Shakespeare at 8 months. The other’s son was potty-trained at 7 1/2 months. You get the picture…

The next thing you know, the women were lobbing stories at each other like grenades. There was never – never – any listening involved. They didn’t talk to each other – just at each other. The rest of us were not-so-innocent victims, but still caught in the cross-fire. 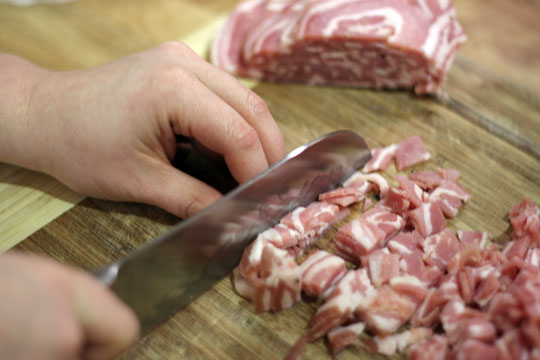 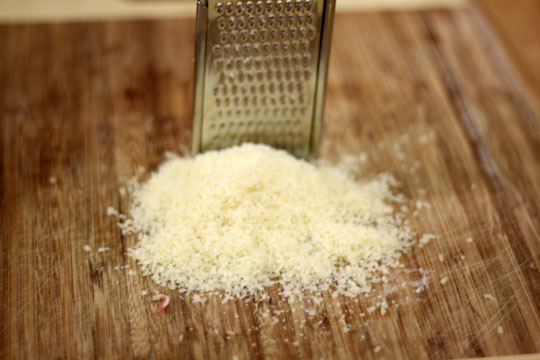 I’m always on the look-out for a One-Upper of my own. No, not a co-worker to talk at – a better way to fix a favorite dish. I would guess that I’ve gone through 20+ recipes for chocolate chip cookies looking for The One (which in itself is funny… ’cause are they ever really *that* different?). I’m loyal to a recipe only until I find a better one, which I guess really doesn’t make me very loyal at all.

I made Nigella’s Pasta Carbonara several months ago. It tasted fantastic and as is the case with many of her recipes, it was an over-indulgent dish of calories. I hate having to relegate a dish to “special occasions only” but I really couldn’t justify adding it to our regular rotation.

We stumbled across a lighter, a more authentic version of Pasta Carbonara on What Geeks Eat. 1 egg, compared to Nigella’s 4. No wine. Creamy and indulgent without the heavy cream. With an ingredient list like that, it immediately was added to our regular rotation – and just like that, Nigella was one-upped.

Dice the pancetta into small cubes and cook until crisp. Remove from pan with a slotted spoon and add to pasta. Add the egg, Parmesan, and as much cracked black pepper as you can enjoy to the bowl with 1/4 cup of pasta water. Stir and mix well. The cheese will melt and the egg and water will create a creamy coating on the pasta. Add additional pasta water, if necessary, and stir. Salt, to taste.